The Second Rule of Transition 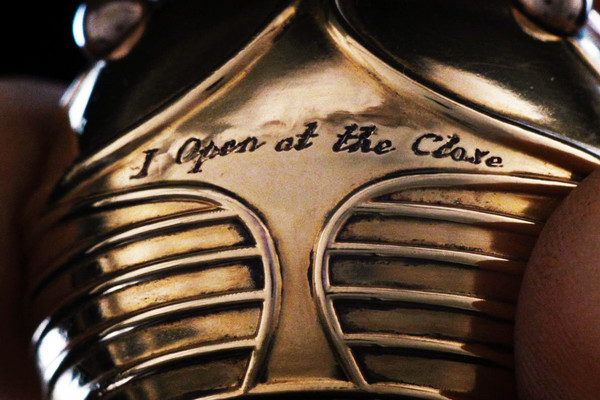 This is the third post in my series on Transitions: Making Sense of Life’s Changes by William Bridges. You are welcome to read the posts in any order you like, but you might find it helpful to start with an earlier post, such as Change vs Transition or The First Rule of Transition.

As promised, I’m back with rule number two for transitions, as described by William Bridges. And if you read my post about rule number one, you’ll remember that I left you with the Hogwarts-oriented teaser, I open at the close. Honestly, I wasn’t trying to be cryptic, because those five words perfectly summarize the second rule:

Every transition begins with an ending.

Makes sense, right? Change can’t happen without something coming to an end. This seems obvious when the change is unwanted or represents a loss, such as the death of a loved one or losing a job. But it’s equally as true for changes we want, and even those plan for. Getting married is the end of being single. Becoming a parent is the end of the freedom inherent in a life without children. Starting a business is the end of being accountable to (and sometimes, protected by) an organization.

In his book, Bridges suggests that when change occurs, we may rush past the first stage – the ending – in an effort to skip to the last stage – the new beginning. (And in doing so, we also skip over the middle stage, but I’ll get to that in a later post…)

While some of my clients fit this description, I’ve also worked with many people who remain frozen by loss, stuck and uncertain about moving forward. Though the circumstances varied (death, divorce, job loss, relocation), the response was the same. Each person was physically in the present, but emotionally tethered to their previous life.

And let’s be honest, it’s not just my clients who do this. As a child and teenager, I wasn’t great about handling change, and although I cope better with it as an adult, the same apprehension emerges today. Moving to a different country at 32 evoked similar feelings as switching high schools at 14 – a sense of excitement undercut by an anxious uncertainty and wistful longing for the way things used to be. Even if things were terrible before, at least I knew what to expect.

Turns out my consistency in how I react to change is not unusual. According to Bridges, “what you bring with you to a transitional situation is the style you have developed for dealing with endings.” Regardless of how we respond, our current reaction to a change event is shaped by how we responded previously.

In short, managing change is learned behavior. Which is fantastic! Why? Because learned behavior has the potential be unlearned. If it’s not serving us, we can modify it.

Easier said than done, right? Well, yes. And Bridges tackles that head on in his third rule of transitions, which we’ll dive into next time.