They Called Me Elitist 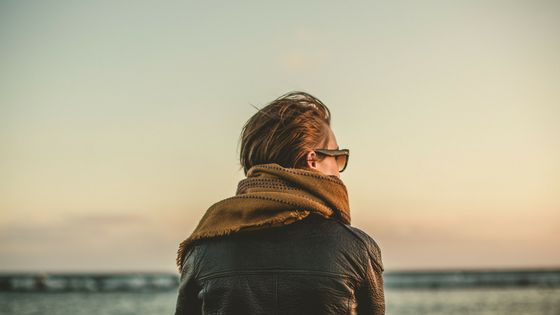 “Honestly, Lee? She thinks you're elitist.”

That morning, during our normal case management meeting, Brenda stared at the floor, refusing to meet my eyes. She spoke to our teammates, Cindy and Jean, but she expertly avoided my gaze and dodged my questions. When our meeting was over, she stormed out of the room.

“What was that about?” I asked. Jean and Cindy exchanged a brief but knowing look before one of them answered, “I think she’s just having a rough morning. Don’t worry about it.”

My gut told me otherwise, and normally I would have worried about it, but the urgent, incessant pace of a social worker in a Neonatal ICU gifted me an escape through patient care and parent support. That gnawing feeling in my gut subsided as the day went on.

But when it happened the next day, I knew it wasn’t another rough morning for Brenda. She was pissed. And she was pissed at me.

“What the hell is going on?” I asked Jean privately in the office we shared. She grimaced, understandably wanting nothing to do with this, and encouraged me to talk to Brenda about it.

With a deep sigh, Jean explained (as gently as she could) that Brenda viewed me as a dismissive, arrogant know-it-all. She found me unapproachable because I was quick, smart, and overly confident, and I made her feel small because I was simply too much.

Then Jean said something that would change how I viewed myself for the next thirteen years.

Elitist. Elitist. A punch to the gut.

Dazed, I left our office and fumbled my way through a Friday full of family intakes until, mercifully, my shift was done. I clocked out for the day, my weekend of brooding reflection just beginning.

Elitist? How am I elitist? I’m a social worker, for Christ’s sake! I believe in the inherent dignity and worth of every single human being on the planet. I don’t believe I’m better than anyone else – God knows, quite the opposite. I’m plagued with insecurities – about my body, about my appearance, about being the youngest and least experienced person on a highly trained staff that cares for sick and dying babies. I never feel like I measure up! How the hell can anyone call me elitist?

Could I… could I be elitist? I mean, I know I’m smart. I’ve always been good at school – hell, I skipped second grade and spent most of my academic career ahead of the curve. That kind of thing has always come more easily to me, I know that. And I’m grateful for it. I know I have gifts and talents that others don’t. So maybe that makes me elitist?

FUCK. THAT. SHIT. I fought damn hard to get where I am today. I worked my entire way through college and graduate school. Just because I’m smart doesn’t mean it was easy. And yeah, maybe I get some things faster than other people. Can’t I be proud of that? Aren’t I allowed to be proud of myself? If she thinks I’m elitist, that says more about her than me. Fuck her. She’s the one with the problem. Not me.

Oh my God. I just proved her point. If I think she’s the one with the problem, then I must think I’m better than her, which means…

And so began the task of compressing everything I was, everything that made me me, into a smaller, quieter, more socially acceptable package. It wasn’t safe to be myself, so I had to figure out how to get by in the world without making other people feel less than.

If my being smart makes others feel stupid, then I’ll change my vocabulary and minimize my credentials.

If my speaking out makes others uncomfortable, then I’ll shut up and let others speak first.

If my being funny makes others feel inadequate, then I’ll keep my acerbic wit to myself.

If my being big makes others feel small, then I’ll become so tiny they won’t even see me.

If my being me is simply too much, then I’ll be a mirror, reflecting their strength, their beauty.

All I had to do was take myself out of the equation and present the Lee that people wanted to see.

And as I transformed into this new self-as-social-chameleon, a new voice emerged and branded me: ELITIST. It reminded me that being too smart, too funny, too big, too bold, too much me was not okay. Tone it down, rein it in, pull it back.

So I did. For thirteen years. And it worked beautifully.

There she is, the perfect Lee. Everyone’s friend who knows just what to say. Well-liked, well regarded, you won’t find a better girl than her.

I went from being an acquired taste to having mass appeal, and all I had to do was turn my volume down.

But there was a cost to my shapeshifting, invisible to all but unmistakable to me. A subtle, stable disconnection; everything happening to me, not because of me. I became an observer, detached from my own life, watching myself contort into an acceptable version of me.

No one knew me. Not even me.

It took thirteen years to cast off the scarlet “E” I so willingly pinned to my chest. It was terrifying, it was liberating, it was the most important work of my life: To live big, to live loud, to live true.

They called me elitist.

What did they call you?